A week after the death of George Floyd caused by a police officer in the United States, the situation seems to be escalating instead of calming down. Numerous demonstrations, often resulting in episodes of urban guerrilla warfare, have started in Minneapolis and now they are spreading throughout the whole country. The parallel Corona-virus crisis, which is currently still hitting the US hard, makes the management of this crisis even more difficult. Indeed, if on the one hand, the prohibitions of assembly are an obstacle to the formation of even peaceful demonstrations, on the other hand, the current crisis is exacerbating the mood and bringing to the surface the social tensions that have so far been dormant. The situation is delicate, and last night American President Donald Trump gave a speech to the Nation. This is the second major and unforeseen crisis that Trump has faced in a few months, and comparing the speeches related to each one can show interesting elements of analysis.

In fact, during the early stages of the epidemic, Trump was accused of being too relaxed and not taking the situation seriously. Therefore, comparing his March 11th statements with those made tonight can show how his priorities are distributed. His very harsh and decisive reaction to the crisis of these days is consistent with what has always been his program based on the pillars of law and order.

In this analysis, the 100 Worte automated software for Customer Analysis has been used to higlight the main motives and emotion behind the speech. Using this tool, the personality traits are measured through the weight given to different psychological categories which together help to provide a picture of the individual’s personality. 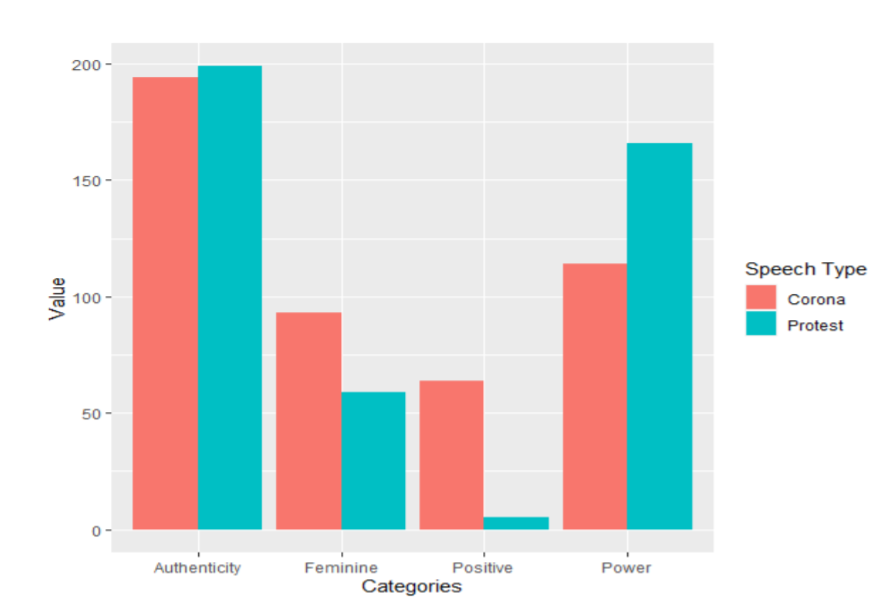 In the graph, you can see the difference between the two speeches. While the elements of Authenticity remain high in both speeches, the variance in the other categories examined is considerable. The most striking difference can be observed in the strong reduction of Positivity in the case of last night’s speech. Unlike the case of the coronavirus speech, Trump seems really worried and upset by the situation, and this is reflected in a lower impact of positive terms. Listening to yesterday’s speech, this change in attitude where he explicitly compares the protesters to terrorists. By definition, a terrorist organization is an entity to be fought by all means, since unlike common crime, they threaten the very existence and security of the Nation.

Secondly, it is possible to observe an increase in terms of the tendency to Power and domination. Here, as well, it is possible to predict this result by listening directly to the speech, especially at the point where it threatens to intervene by force if individual states refuse to cooperate in the repression of demonstrations. For a federal country like the US, such a stance is certainly very strong and is fully reflected in the results shown in the graph.

Finally, it is also possible to see a reduction in terms that refer to a more feminine vocabulary. This finding is also consistent with the contexts in which both speeches are held, in fact in the first case the President is inviting the Nation to remain united to fight a common enemy (the virus), while in the second case the emphasis is placed on the need to control the population and to make as credible as possible a threat of retaliation if the rebellions go ahead.